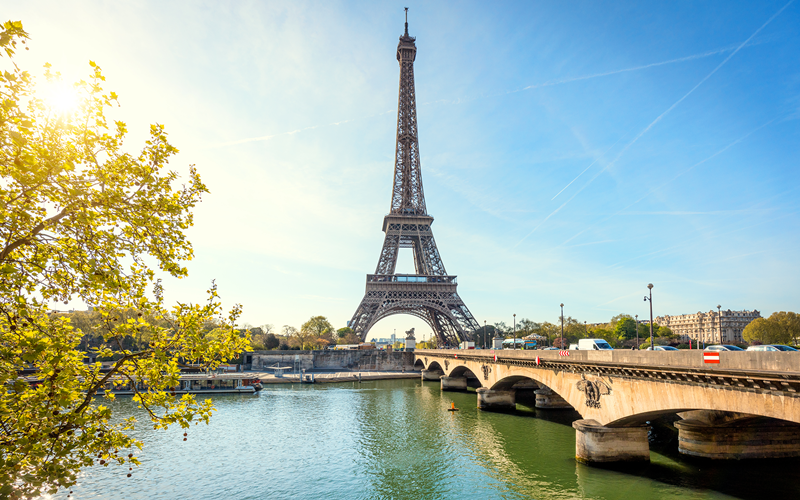 11 Sep ONE WEEKEND IN… PARIS

Paris, Paris mon amour …Yes, Paris is known to be the city of love and attracts millions of couples every year. For lovebirds, Paris has much more to offer than just the Eiffel Tower.

You have already walked up and down the Champs-Élysée, shot the mandatory picture of the Eiffel Tower and admired the beautiful face of the city from the height of the Sacré-Coeur? Then it’s time to experience the city in a different way – and to enjoy the lifestyle à la française with baguette, red wine and cheese at the right time and in the right place. youDRESSED has some insider tips for you that will make a weekend in Paris unforgettable.

Sure, the church of Notre Dame is beautiful. But for some people, it may be difficult to enjoy the impressive aura of the beautiful Gothic cathedral between hundreds of other tourists. Well, you’re lucky because a great alternative is just around the corner: the Panthéon. The magnificent building on the hill of St. Genova in the 5th arrondissement is the national fame hall of France and the tomb of famous French personalities. In addition to the graves of French celebrities such as Jean-Jacques Rousseau and Victor Hugo, you can also admire the breathtaking painting of the interior dome.

The grand finale of your visit at the French hall of fame is ascending to the top of the dome . From there you can enjoy the wonderful panorama of the city almost all by yourself – a real secret tip. If you need something to eat after that, then you can go to the lively and busy shopping street of Rue Mouffetard, also in the Latin Quarter (5th arrondissement). Anyone who does not get enough of the Parisian view can go straight to the Rooftop bar “Le Perchoise” at the shopping center “BHV” in the 4th arrondissement. The very tasty cocktails are somewhat more expensive, but the view is worth i

Saturday starts excitingly in the Parisian underground, precisely in the catacombs. A rather grotesque, but quite exciting tourist attraction (Metro: Denfert-Rochereau). Two of the almost 100 kilometers of the caves and passages are accessible for tourists and attract more and more adventurous visitors. That is for a good reason, because there you can marvel at the artfully stacked bones of some 6 million Parisian inhabitants who were buried there at the beginning of the 19th century. In a museum, you can find out more about the exciting history of the catacombs. For those who want to relax after a day of creeping activity, they can do so during a nice cruise on the Canal Saint-Martin (10th arrondissement). The beautiful 4.5-kilometer-long canal in the middle of Paris runs from “La Villette” to “Bastille” and has been around for 200 years.

It’s party time on Saturday evening at the dance / cocktail bar “Le Comptoir Général”, which is also in the 10th arrondissement and hidden in a backyard. Do not be frightened by the sometimes-long queue. Inside you will be rewarded by freshly mixed cocktails and cool vibes in Cuban atmosphere in a former stable building. If you are hungry before hitting the dancefloor, you can also eat in the small but fine restaurant.

A city trip can be quite exhausting and therefore you should relax on Sunday. Culinary treats in Paris can be found around almost every corner, but you’ll get a particularly great breakfast with croissants, with cafe au lait, soft-boiled eggs and homemade jam in the “Le Charlot” in the Marais (4th arrondissement). If you prefer an international one, you should visit the “Bob’s Bakeshop” near the Gare du Nord and taste the freshly squeezed juices as well as the great bagels and cinnamon rolls.

After this extended meal, you are strengthened for a long walk on the beautiful park cemetery “Père Lachaise”. For some, first it may sound odd to go see a cemetery in a strange city, but a visit far from the big city jungle is worthwhile: The beautiful tombs of celebrities such as Frédéric Chopin, Édith Piaf or Jim Morrison are impressive. The crowning completion of your Paris trip and another culinary highlight will then take place in the restaurant “Les éditeurs” (Metro: Odéon). Between bookshelves and cozy reading chairs, you can enjoy a slightly modern version of classic French cuisine.

No matter how often you’ve been here, Paris will enchant you everytime!