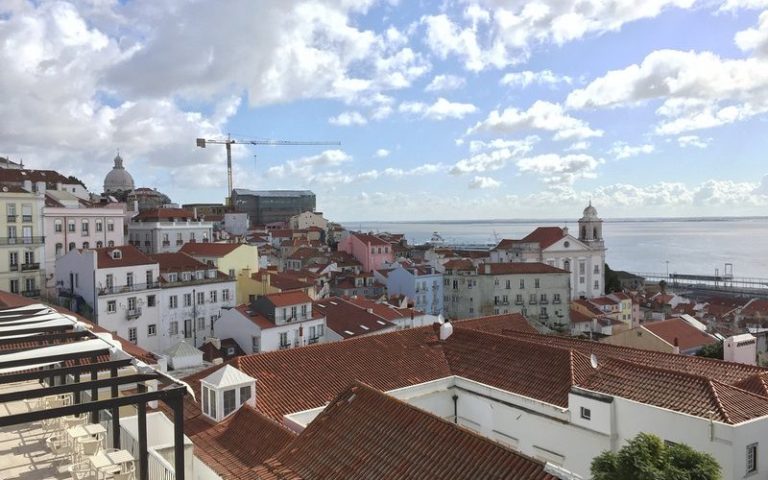 14 Sep Lisbon – The City of Lights

Lisbon is without a doubt one of the most beautiful cities in Europe. Millions of people visit the Portuguese capital ever year, to absorb some of that beauty. One of our editors also made her way to visit the city of lights.

Although Lisbon is Portugal’s capital, the city does not spread this hectic and pulsating feeling which we usually are faced with in other European capitals. From the airport, it takes only 30 minutes into the city’s center where you already are overwhelmed by the breathtaking architecture. We decided against a hotel and for an AirBnB, which was only a five-minute-walk from the next station and the shore, so we lived in the very center of Lisbon. From our accommodation, we could reach everything by foot, which can get a bit demanding in a city, which is built on seven hills. However, it is definitely worth it, because only by foot you can explore the little lanes and hidden sports which Lisbon has to offer.

What we noticed during our exploration of the city, are the countless and astonishingly detailed tiles with which the houses are decorated. The mostly blueish tiles are called Azulejos and are a traditional element of decoration in Lisbon, which gives the city the Mediterranean touch. After we crested ne of Lisbon’s hills, we had a breathtaking view over all of Lisbon. At one of the popular Miraduoros, the viewpoints of Lisbon, you can rest with a cup of coffee and one of the traditional Pastel de Nata, the little custard tartes, and just enjoy the view.

Of course, when you walk around in Lisbon, the yellow trams stand out. The unofficial landmark of Lisbon drives around the city since 1873 on six different lines. The most popular with tourists is line 28, which means you have to accept longer waiting time to board the tram and to stand during the ride. It is also fascinating to the how the trams get up and down the hills. Some trams have very short ways, but manage to bring people up steep hills. The shortest tram line is actually only 9 meters long.

A further tourist highlight is the Mercado de Riberia, the TimeOut market at the harbor. There you find next to a vegetable market and little booths a massive choice of food booths. However, the food hall is absolutely crammed during lunch time, which makes the actual eating rather difficult. Yet, it is still interesting to see all the internationally mixes dishes and their preparation.

Unfortunately, after four days the short trip was over way too soon. What remains, is the comprehensive impression, which Lisbon offered us. Everybody, who wants to get to know city with many facets and possibilities, should definitely pay Lisbon a visit. It is advisable to visit in spring or fall, because you can enjoy the first and last sun beams of the year in a beautiful city.