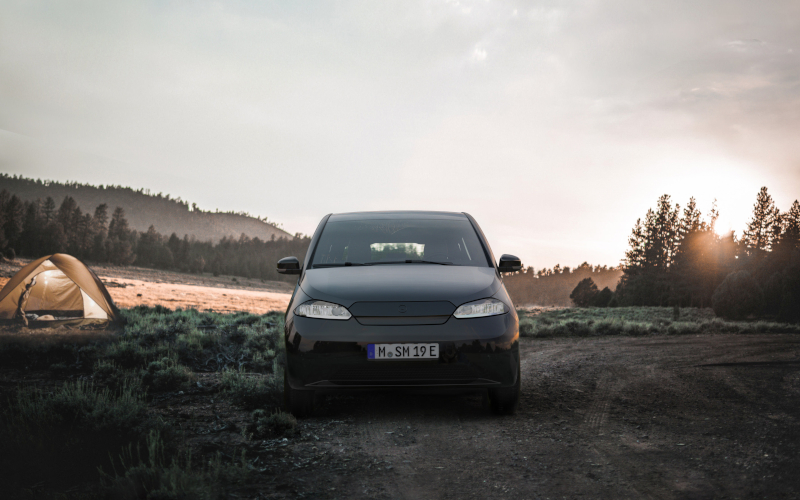 This Munich start-up has set itself an ambitious goal: to Revolutionizing the automotive industry. With a car that charges itself.

Sustainable driving. According to the Munich startup Sono Motors, it is possible. This company has invented a car that neither requires a fuel pump or a charging station to refuel. The key to this: solar energy. More precisely, the secret lies in the bodywork. 248 seamlessly integrated solar cells. Sion is the name of the first self-charging electric car.

Driven by the sun

Powered solely by solar energy, the car is said to be able to drive up to 34 kilometres a day. Just about enough for the majority of short-distance commuters to get to work and back again. The team of the munich startup has of course accounted for the fact, that this might not be enough range for more extensive use than getting to work and back. Hence why the Sion is fitted with battery that can cover up to 255 kilometers with one charge.

If recharging via the solar panels isn’t fast enough, the Sion can be charged with a quick-charger, getting over 80 percent of power into the battery within less than an hour.

Sono Motors first car is built with over 650 litres of interior space. According to the manufacturer the solar panels are fittet, so that they in case of damage they can be replaced by almost anyone without deeper prior knowledge. Via a smartphone app owners of a Sion can control several functions of their vehicle from the phones, such as preheating and car-sharing / car-pooling functionalities.

With the help of bidirectional charging technology, the car will also function as a giant portable battery. This means that common electronic devices can be powered by the solar car via a household socket. Handy for use at campsites, construction sites or simply out front of the house.

The Sion is not yet in production, but can be reserved with a deposit of 500 euros. The solar car will cost 25,500 euros when it is introduced to the market.

Since the successful build of the first pre-prototype in 2015, the team around the Sion has already recorded some notable successes on the way to market launch. 2017 Sono Motors officially introduces the Sion to the press, politicians and fans. In addition to the completion of partnerships with Bosch and Continental, the production facility for the Sion in Sweden was acquired in 2019. To date, the company has recorded over 10,000 reservations for the Sion and raised over 53 million euros through the last community funding to finance the next steps.

The next big goal has already been set: Production start in 2022.