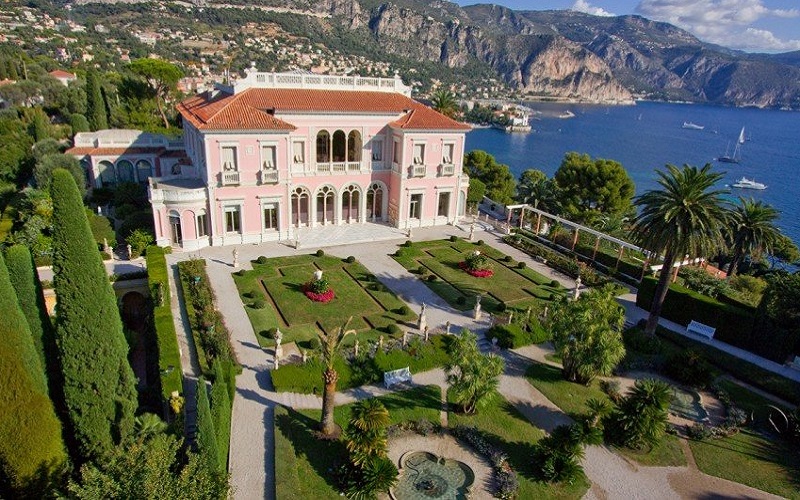 29 Nov Live like the royal family: The most expensive house in the world is for sale

Posted at 07:31h in extravagance by Ben

Pemberley was yesterday! For the following property interested people have to dig deep into their pockets: The villa “Les Cèdres” costs around 350 million euros and is for sale.

An almost royal piece of land, because a Belgian king once lived in this property: the 187-year-old villa “Les Cèdres” is located on the picturesque peninsula Cap Ferrat. The French property on the Côte d’Azur has 87,000 square metres of land, 14 bedrooms, its own library with a breathtaking collection of around 3,000 books and one of the most exclusive botanical gardens. The decadent atmosphere is underlined by huge chandeliers and room-high portraits from the 19th century.

In addition there is of course a private beach, swimming pool, ballroom, chapel, winter garden and stables in the package. But the property also impresses with its history: built in 1830, the property initially served as an olive plantation. From 1904, Belgian King Leopold II lived here with his lover Caroline Delacroix, according to rumours. Later Alexander Marnier-Lapostolle owned the house. Numerous prominent guests have wandered through the garden in the past, including Hollywood greats such as Elizabeth Taylor and Charlie Chaplin. The direct neighbourhood is also rich in celebrities: Microsoft founder Paul Allen and musical composer Andrew Lloyd Webber live near “Les Cèdres”.

Should someone actually pay the required 350 million euros, it would be the highest sum ever paid for a residential building. We are excited!